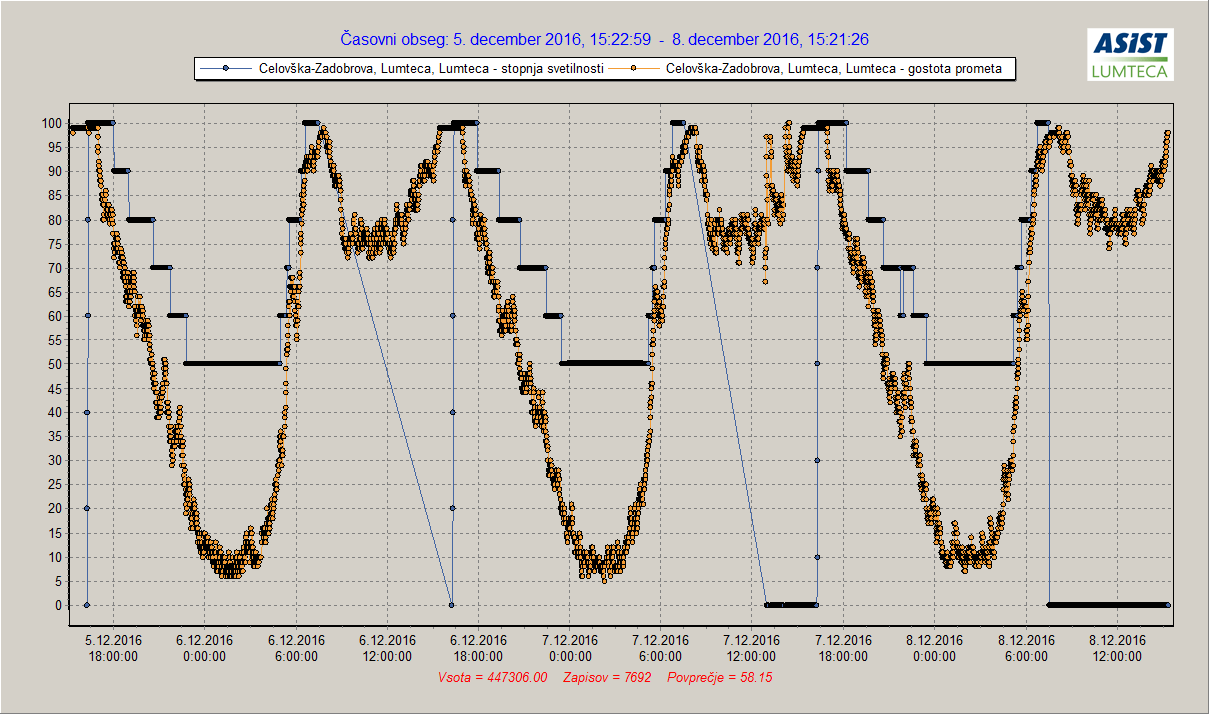 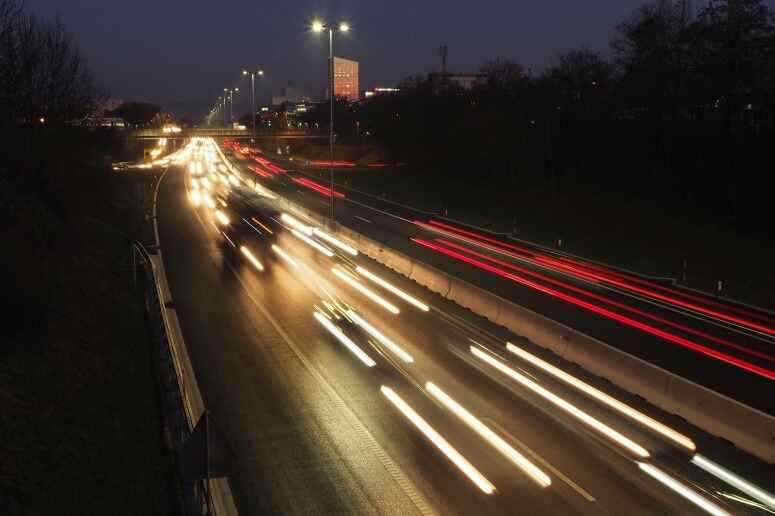 Asist's Lumteca is an algorithm that ensures optimal road lighting brightness depending on the traffic load and illumination of the surroundings.

Lumteca by Asist represents the first intelligent, traffic dependent control LED road lighting in Slovenia, positioned on the ring around Ljubljana. At Asist we developed and set Lumteca up in accordance with the recommendations of the International Energy Agency (IEA) and the standards of the CIE (International Commission on Illumination).

Lumteca by Asist is an algorithm that adjusts the brightness of the road lighting acording to these parameters. LED lighting technology allows connected adjustment of illumination intensity, which we divided into 10 dimming levels, to make controling if it easier. Depending on the illumination of the surroundings and traffic load Lumteca selects the lowest brightness level, which corresponds to the current class of the roadway, to save energy and minimize the blinging of lights.

As Lumteca calculates the traffic load on a minute basis, it has the ability to respond quickly to traffic changes (eg. congestion, accidents), which due to greater visibility in turn increases road safety. The same goes when the traffic load increases due to lane closures.

Lumteca has a built-in algorithm for calculating the sun's position and the exact time of sunrise and sunset. At dawn and dusk time the road lighting shines brighter, to reduce the glare of sunrise and sunset, when the ambiental illumination is high and provides poor visibility and contrast.