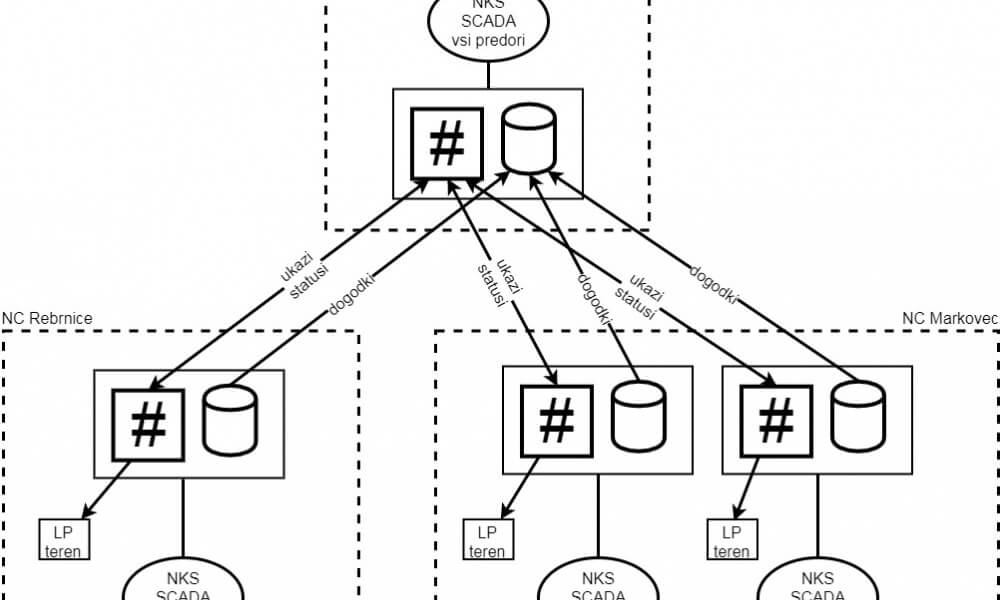 ASIST led integration of various ITS systems in unified control station in Kozina Traffic control center. The traffic control center covers 188 kilometers of highways with 8 tunnels in total length of over 6 kilometers and operates 24/7. Over 5000 events per year are registered and resolved by operators. Installed equipment include 432 detection and supervision cameras, 71 full graphics VMS, 28 weather stations, 278 SOS terminals, 4 height control systems and various systems in tunnels. Two backup control centers Podnanos and Markovec are set up to take over all operations in case of disaster or catastrophic failure of main center.

Asist implemented common login and alarm system and integration of all tunnel systems into single SCADA, displaying more than 130.000 objects on over 70 screen graphics. A total of over 20.000 commands are implemented. By far, this is the largest unified SCADA tunnel system in Slovenian highways.

The basic idea for user interface was to enable traffic control personnel to operate all systems from one workstation with one integrated workspace. Each workstation has 3 monitors. Central monitor covers video system with live streams, right monitor open road and left monitor tunnels and alarms. All three systems function as one: in case of accident in tunnel, the VMS on open road are automatically set up with warning to the drivers, video streams of nearby cameras are shown and alarms are generated. The traffic controller may use drag&drop from open road or tunnel scada to display more video streams from various cameras.